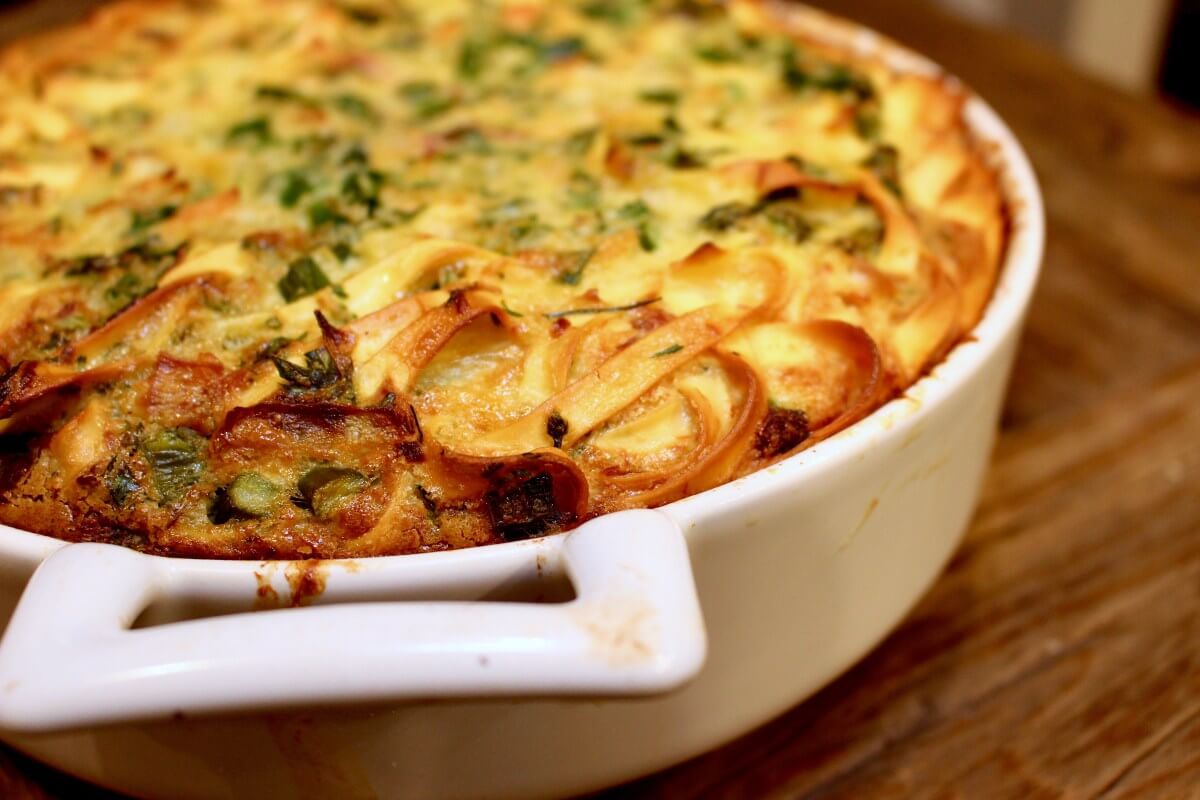 Jewish food comes in many different packages: from the bustling markets of the Middle East, from the cobbled streets of your grandparents shtetl, from the mom-and-pop Kosher deli around the corner from your childhood home, from the cart on the screen of your Amazon homepage. Listed below, in no particular order, are eight of the best Jewish foods- tasteful, timeless and infinitely delicious.

Varying by household and preference, Cholent is a stew-like concoction of meat, potatoes and beans, served steaming hot for Shabbat lunch. Cholent is kept warm overnight in a crock-pot (we recommend this easy-to-use one). This allows observant Jews to celebrate the commandment of not ‘lighting a fire’ (and thereby warming food) on the Sabbath. This Jewish staple starts with the basics and can include anything, differing from community to community. From whole eggs in Iranian households to a shot of vodka in the Russian ones, from a cupful of coke a your local Synagogue to a dash of cayenne pepper at a Moroccan meal… Every cholent tastes unique and flavorful. 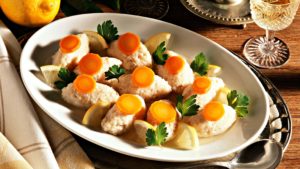 You’ve seen the Manishewitz jars of Unidentified Fishy Objects, but did you ever wonder where Gefilte fish comes from? In the days of the shtetl, the quintessential life of Jewish People in the 15th-18th centuries, money was often scarce. In keeping with the tradition of eating fish on the Sabbath, resourceful home-makers were clever and cheap. They would grind up small whitefish, mix in some flour, shredded onion, sugar, salt and pepper and bake or boil the neatly shaped patties. If you’re trying your own, you can follow this recipe, or try this one from the freezer section of your local Kosher aisle. 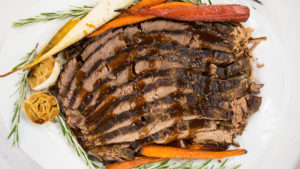 There is nothing quite like brisket to make a Jewish Festival festive. Smothered in gravy, with a side of creamy potatoes, or shredded into a bowl with the perfect not-too-spicy sauce…Mmmm. However it’s made, it all goes, every time. Brisket comes from the lower chest of a cow, and as a result needs to be cooked for hours to soften the lean muscle tone of the meat. Although there are plenty of other cuts, brisket somehow evolved to become the meat that you eat under the stars in the Sukkah, leaning on a pillow at your Seder, or garnished with tzimmes on Rosh Hashanah. To free up stove-top space before the Holiday, you should try this recipe, and if you don’t have one, use this cast-iron pan for baking, to keep in all that amazing flavor. 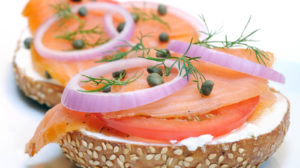 The most amazing feeling is that post-Yom Kippur feeling of biting into a hot everything-bagel, with a thick layer of cream cheese and a heavy slab of lox. Toss in a few sliced tomatoes, some slivered purple onion and a few capers, and you’re golden.

This delicacy comes from the early 1900’s, a time of mass-immigration to the USA, and specifically New York City. The Jewish community, though often lumped together, was actually a diverse group from different communities all around Europe. But in coming together, they created something beautiful- bagels from Poland, cream from Germany, capers from Italy, lox from the Netherlands. Nobody knows exactly how it came about, but somehow, bagels and lox is as Jewish as apple pie is American.

The next time you toast your bagel in preparation of that coveted post-fast cuisine, first brush it with a little water-egg wash, and sprinkle on some of these. You can thank us later. 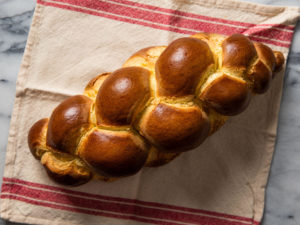 If you walk down the streets of Jerusalem in the wee hours of any Friday morning, there’s a pretty big chance that what you are smelling- that scent so pure you can almost taste it- is Challah. The golden braided loaves that sit at the end of the Shabbat table each week, at the parties and Simchas and at the head table of a wedding…

The food that dieters cry over; the bread that children consume, liberally smeared with whatever dip sits on the table. The braids that every Jewish girl has made, at least once in her life. Challah, throughout history, has not really evolved that much. And why should it? It’s just that good.

We’ve found that using these dry yeast packets work better than fresh yeast when it comes to making Challah- particularly if you need to make a large batch. Happy baking! 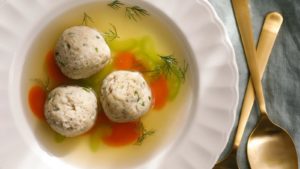 THIS is the Jewish super-food. Goodbye, blueberries; move over, avocado. There is nothing that chicken soup (usually made by your grandmother. Although the kosher deli around the corner does a pretty good job, too) cannot fix. Got a cold? Chicken soup. Baby teething? Chicken soup. Stressed about an upcoming exam? Chicken soup, of course!

Chicken soup wouldn’t really be chicken soup if it didn’t have something inside to fill the bowl of clear, golden liquid. (Unless you’re Sefardic. Then it’s usually dense and creamy.) A matza-ball (like these instant ones. Don’t make them from scratch. We got you.) or angel-hair pasta noodles turn this protein packed soup into a filling meal.

From the sweet to the salty, the aromatic and flavorful kugel (a pie or pudding) comes in many styles. A mixture of any starch or carb mixed with any vegetable or fruit, the possibilities are endless (noodle-broccoli, anyone?). A regular at the Shabbat table, kugel can also make its way to any Simcha or event. And unlike the Shabbat Cholent (only a sadist would feed someone left-over Cholent), to any non-event, too.

If you’re making a kugel for any occasion at all, we’d recommend this baking tray, which will allow you to easily combine, mix, neatly bake and serve your kugel, all in the same pan! And it comes with a lid, for serving leftover kugel at your next non-event. 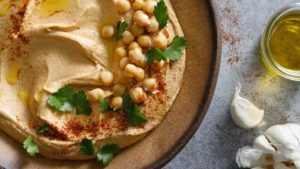 Where did hummus come from? Somewhere in the Middle East. The actual country is a mystery, and almost certainly the source of all current conflict in that region. Hummus is made from crushed chickpeas, olive oil, tahini (pureed sesame seeds), garlic and lemon.

In recent years, hummus become so popular that it has morphed into a culture (here, try some chocolate hummus). The best hummus (great with Israeli pita and falafel) is usually the homemade one, made in a heavy duty blender like this one (think crushing-up-a-can-of-chickpeas power). And perfect hummus is always blended to a thick, but not creamy, perfect consistency.